Zorro (Spanish for Fox, and a by-word for cunning or devious) is the superhero secret identity of Don Diego de la Vega (originally Don Diego Vega), a fictional nobleman and master swordsman living in Spanish and Mexican-era California. He defends the people of the land against tyrannical governors and other villains; not only is he much too cunning and foxlike for the bumbling authorities to catch, but he delights in publicly humiliating those same foes while riding on his horse Tornado.

▲top
內容大綱：
In stifling Edwardian London, Wendy Darling mesmerizes her brothers every night with bedtime tales of swordplay, swashbuckling and the fearsome Captain Hook. But the children become the heroes of an even greater story, when Peter Pan flies into their nursery one night and leads them over moonlit rooftops through a galaxy of stars and to the lush jungles of Neverland. Wendy and her brothers join Peter and the Lost Boys in an exhilarating life--free of grown-up rules--while also facing the inevitable showdown with Hook and his bloodthirsty pirates.
(繼續閱讀...) 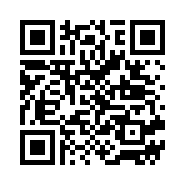